Beaverton, OR - The Eisenhauer Team 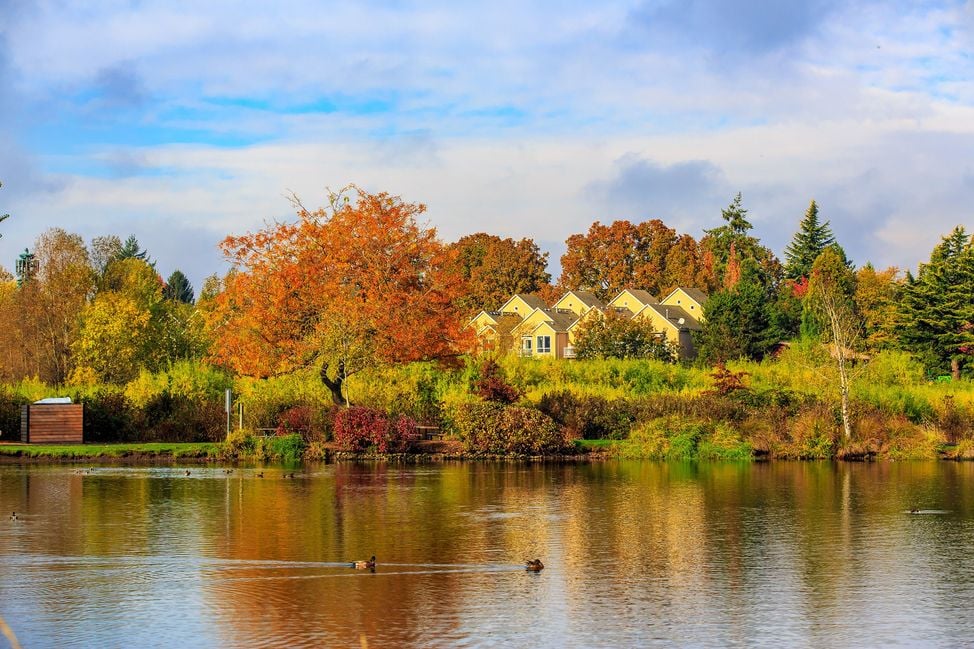 A quick view of the most influential metrics in Beaverton, OR.

Learn more about Beaverton, OR

Beaverton, OR is a medium sized city in Washington County. The city has approximately 35 neighborhoods and is the sixth largest community in the state. Beaverton is a center for economics and commerce in the county and is part of the Silicon Forest. According to Money Magazine in 2010, Beaverton, OR was one of the “100 best places to live.” It is a wealthy white-collar community. It is a wealthy community compared to state economic standards and upper-middle income compared to federal standards. It is a decidedly white-collar, in which a full 85% of the workforce is white-collar. It is a well-educated city nearly 45% of adults in the city have four-year degrees or more. It is highly diverse in terms of race and ethnicity.  Uniquely almost 21% of residents in the city are foreign born. English is the primary language, followed by Spanish and Asian.

The first known inhabitants of the area were the indigenous Afalati tribe. Settlers began arriving in the mid-1800s. The Hall family were among the first, arriving in 1847. The Denney’s family established a grist mill in the same year, which was soon followed by a sawmill owned by Thomas Denney. George Betts, the towns first postmaster, established the original post office in 1872. Growth continued and in 1893 the town was incorporated. In the 1920s the city was home to a small movie studio named Premium Picture Productions. The studio was short-lived and Watt’s Field, an aircraft manufacturing facility, took over the space. Mass transit in the form of bus service arrived in the 1940s, and light rail service arrived in the 1970s. Today the city continues to grow and thrive with plans to become the second largest community in the state.

The city spans 18.73 square miles of land area and is a solid family-friendly community. In 2010, the population was 89,803, the population density was 4,794.6 people per square mile and the per capita income was $30,820. By 2015, the population was estimated at 96,577, the estimated median income was $56,564 and the estimated per capita income was$33,093. In the same year, the city had a median house or condo value of $333,000, a mean price on all housing units of $351,284 and a median gross rent of $1,080. According to the city’s Comprehensive Annual Financial Report from 2016, the five largest employers in the city were the Beaverton School District, Nike, Comcast Cable, Providence Health Systems and Stream Global Services.

Public education is primarily provided by the schools of the Beaverton Sd 48 J School District. The district has approximately 50 schools and nearly 40,000 students. Private schools in the city include German American School, Saint Cecilia Grade School, Woodhaven School and others. The city has an extensive park system which encompasses more than 1000 acres of land and around 30 miles of trails. The majority of homes for sale are traditional single family structures, which come in a variety of sizes and styles to suit the needs of potential buyers. Other real estate options include, but are not limited to rental properties such as apartments and duplexes and condominiums and townhomes for sale or lease. To begin your home search in Beaverton, OR or surrounding areas, Contact Us Today!

Properties in Beaverton, OR

View our selection of available properties in the Beaverton, OR area.

Check out the latest demographic information available for Beaverton, OR.

Let's Chat About Beaverton, OR

Learn more about schools near Beaverton, OR complete with ratings and contact information.

The Best in Beaverton, OR

Browse through the top rated businesses in the most popular categories Beaverton, OR has to offer.